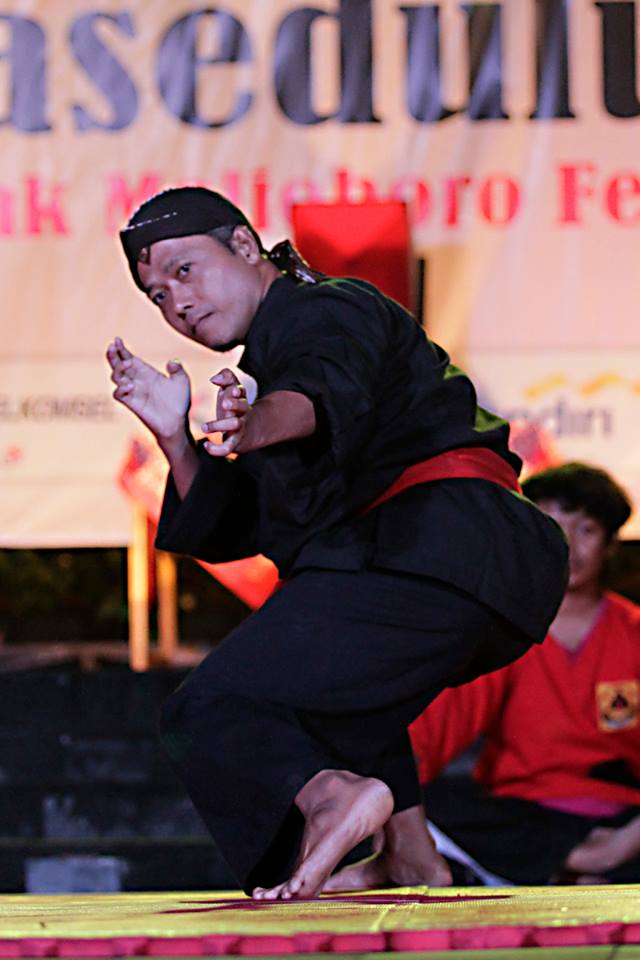 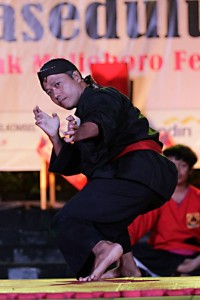 The Pencak Silat Krisnamurti Mataram Organization (Krisnamurti in short) which is located in Yogyakarta, is one of the heir of the “gaya Tedjokusuman” (Tedjokusuman style) silat created by RM. HARIMURTI. He is a prince from Kraton Ngayogyakarto (the Yogyakarta Sultanate) son of Gusti Pangeran Haryo Tedjokusumo. The International community acknowledges GPH Tedjokusumo as a Tummengung (government official) of Kraton Yogyakarta, who is known as an empu (master) of classic Yogyakarta style dance arts. An International Encyclopedia even mentioned that Tedjokusuman is the the outlet of Kraton classic dance of Yogyakarta and GPH Tedjokusuma is one of it’s empu.

Raden Mas Harimurti or which is called Ndara Hari is one of the respected figures in Kraton Yogyakarta’s classic dance, silat, and kebatinan from Yogyakarta. He studied all his arts since early in his childhood. RM Harimurti was born on Selasa Kliwon, 25 Jumadilakir 1837 Jimawal or August 6th 1907 and passed away on Rebo Pon, 19 Bakdamulud 1894 Je or September 18th 1962. Since he was 13, he travelled across Nusantara (Indonesia) to learn more on silat and kanuragan (empowerment). In his travels Ndara Hari became good friends and shared knowledges with many important silat figures at the time such as Kyai Busro, Kyai Mustapa, Kyai Iskak, Kyai Iskandar, etc.

Since he was young, Ndara Hari is known to be a naughty but courageous kid, he even got dropped out from Euroosche Legere School Yogyakarta for convincing his friends to not attend the coronation of Queen Wilhelmina. One proof of his courage, is his participation in “Sambuk” a competition for pendekar silat (silat warriors), in a closed space in the form of a kalangan (cage) using their own weapon of choice. From nine Sambuks he participated in, Ndara Hari never lost a single fight. This is what prompts his appointment as judgje of Sambuk 3 times in a row.

Ndara Hari also studies foreign martial arts such as Jiu-Jitsu which he learnt specifically by calling an instructor from Japan which is very costly. Ndara Hari also learnt Chinese Kung Fu from the Sam Ban Ning and Shantung style and at the time was acknowledged as a warrior followed by a ceremony.

In 1930, Ndara Hari made a commotion in Dalem Tedjokusuman by summoning a panther. This Panther was shot dead by the Dutch police in the end. What he did proved that he has the ability to control living beings. At the time of the Japanese occupation in Indonesia Ndara Hari was challenged into a fight by an executor from the Japanese army. The Japanese Judo and Karate master was defeated by being put to sleep in under five minutes.

In his lifetime Ndara Hari is known as a warrior that has mastered pencak silat and also able to use magical powers. One of Ndara Hari’s legacy that is inherited and taught to people that studied under him is the martial arts style which is later known as Gerak Pencak Aliran Tedjokusuman. During his time as a Guru he has many student that studied Seni Pencak Silat (Martial Arts) that Ndara Hari created, some of those students preserved it by building organizations such as, Perpi Harimurti, Krisnamurti Mataram, Popsi Bayu Manunggalm etc. These are organizations which inherited and continue to preserve the Pencak Silat Style made by RM Harimurti.

Other than a martial artist, RM Harimurti was also known as a master of the art of dancing during his lifetime. His dancing skills are notorious to the nobles of Keraton Yogyakarta (the Sultanate). RM Harimurti often participated on dance events and festivals that are held by Keraton taking on the roles of Raden Dursasana or Patih Mamangmurka which many dance masters say he did exceptionally well. Because of that it is quite understandable that the moves of the Pencak Silat that RM Harimurti passed down is also very fluent and contains the element of beauty from the dance moves. Specific to his Martial Arts Skill RM Harimurti acquired this from his hobby of Martial Arts during his youth. RM Harimurti studied and mastered 8 different styles of Martial Arts during that time. After that He became one of the most well known for his prowess in Gerak Pencak as a Martial Art.

RM Harimurti is also known as a person as a healer, people come to him for help. He was never married and therefore has no direct descendant. Before passing away RM Harimurti has a big number of students which spread all across Nusantara (now Indonesia). At least 3 of his teaching which are: Seni Gerak (Pencak Silat), Seni Pernapasan (Breathing method) and teachings about life. Seni Pernafasan (breathing mehthod) that RM Harimurti created was once published as a book by Bapak Warsono by interviewing bapak Tarsono, a student of RM Harimurti which inherited the breathing method.

Another Inheritor to Pencak Tedjokusuman was Bp. Subarjo (passed away), in his lifetime as an elder and Guru of the Krisnamurti Mataram school, he was one of RM. Harimurti’s most trusted student and was also known as a student which is most capable in terms of mastering the technique and art of gerak pencak gaya Tedjokusuman. He was said to be entrusted on selecting students which will be taught by RM. Harimurti personally.

As a Martial Art, seni pencak silat aliran Tedjokusuman is a complete move created by an empu (master) or pendekar (warrior) which is extremely powerful during his time. The moves of pencak silat Tejokisiman could be differentiated from other pencaks because it has specific characteristics that are unique to this style. The moves in pencak silat Tedjokusuman originates from the concept : kaki harus trampil seperti tangan, bisa memukul, menampar, bahkan mencubit (the foot must be as dextereous as the hands, it could punch, slap, or even pinch). Here are some of the characteristics of Pencak Silat created by RM Harimurti:

Balance between leg and arm movement 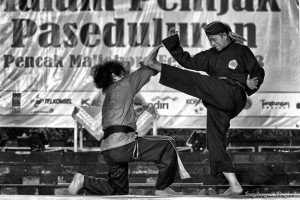 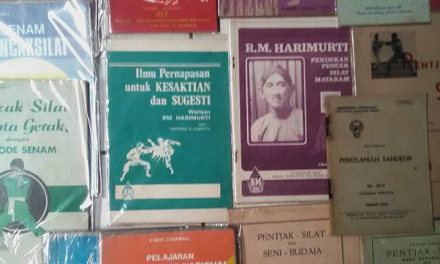 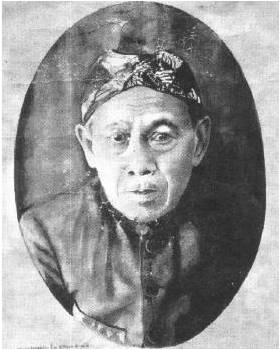 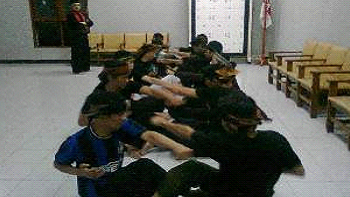