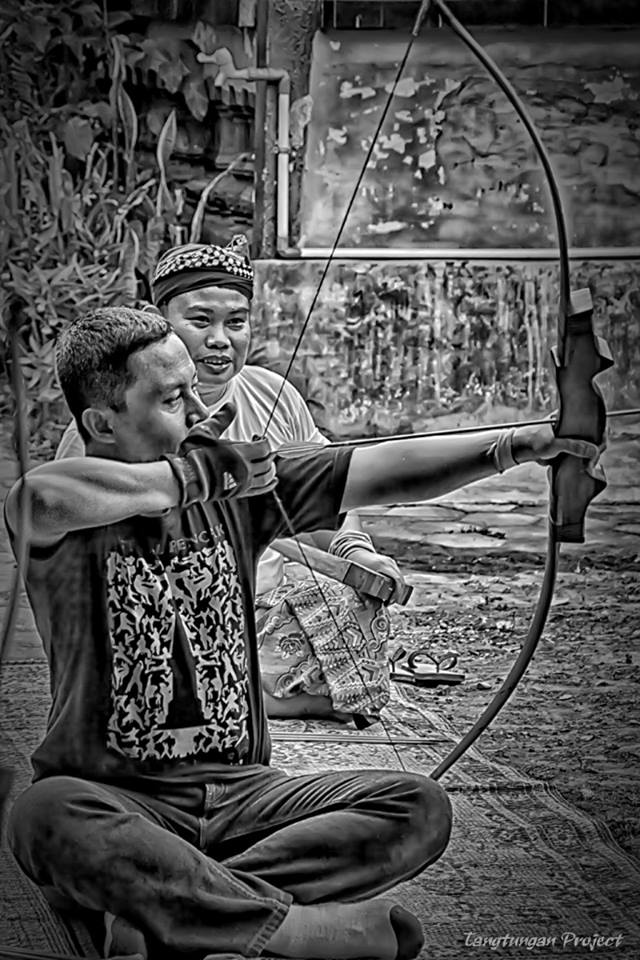 Calm and Elegant. Jemparingan (traditional Javanese archery) Mataram Yogyakarta isn’t just a sport, it is also a spiritual activity. This is one of cultural activity and beauty experiences that you will find in Wisata Pencak Nusantara 2015 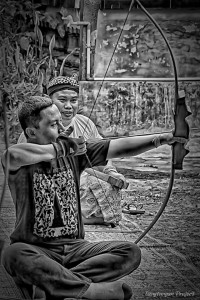 Jemparingan is the art of traditional Mataram style archery. This archery style has regained it’s popularity within Yogyakarta’s residents in relation to the increasing consciousness to preserve cultural inheritances.

It’s unique and classical because still uses the authentic rules, regulations, and genuine traditional archery culture. Starting in a tradition introduced by soldiers of Keraton (Sultanate), in the recent years quite a few groups that are set to preserve Jemparingan was formed. These groups regularly practice together, and there are competitions that are regularly held by the the DIY (Daerah Istimewa Yogyakarta) district government.

While sitting in bersila style (cross-legged), observing and choosing carefully the arrow that will be shot. The arrow has to be perfectly straight so it is stable when it is shot from the bow. After that the bow is held above the ground while eyesight is focused on the target. The archers sit cross-legged Mataraman style, which is very different to conventional archery where the archers are standing up straight.

Jemparingan requires a well crafted bow. A good bow will bend fully and perfectly. The bow will be able to send the arrow flying with optimal power and range. Same goes for the arrows, it has to be strong while receiving pressure from the bowstrings, if not the arrow will break from the pressure. Behind all that, there is also the archer itself which has full control on the bow and arrow. Beyond accuracy and strength, the archer requires a special skill to be able to hit the target. Although sitting down cross-legged, the back mus be held upright, left hand straight, holding the bow tight while the right elbow is held parallel to the shoulder. A general rule of thumb for power is for 30 meters, the position of the middle finger close to the nose, on 40 meters, close to the tip of the lips, on 50 meters, next to the cheek.

Bandulan (target) is presented in the form of a bamboo slices that are tied together. There are three long bandulan woth the approximate length of 40cm each. The bandulan is painted white with a red spot on the top. Behind the bandulan, pieces of rubber are sown together to stop missed arrows.

If you want to know more about Jemparingan Mataram, join with us in Wisata Pencak Nusantara 2015 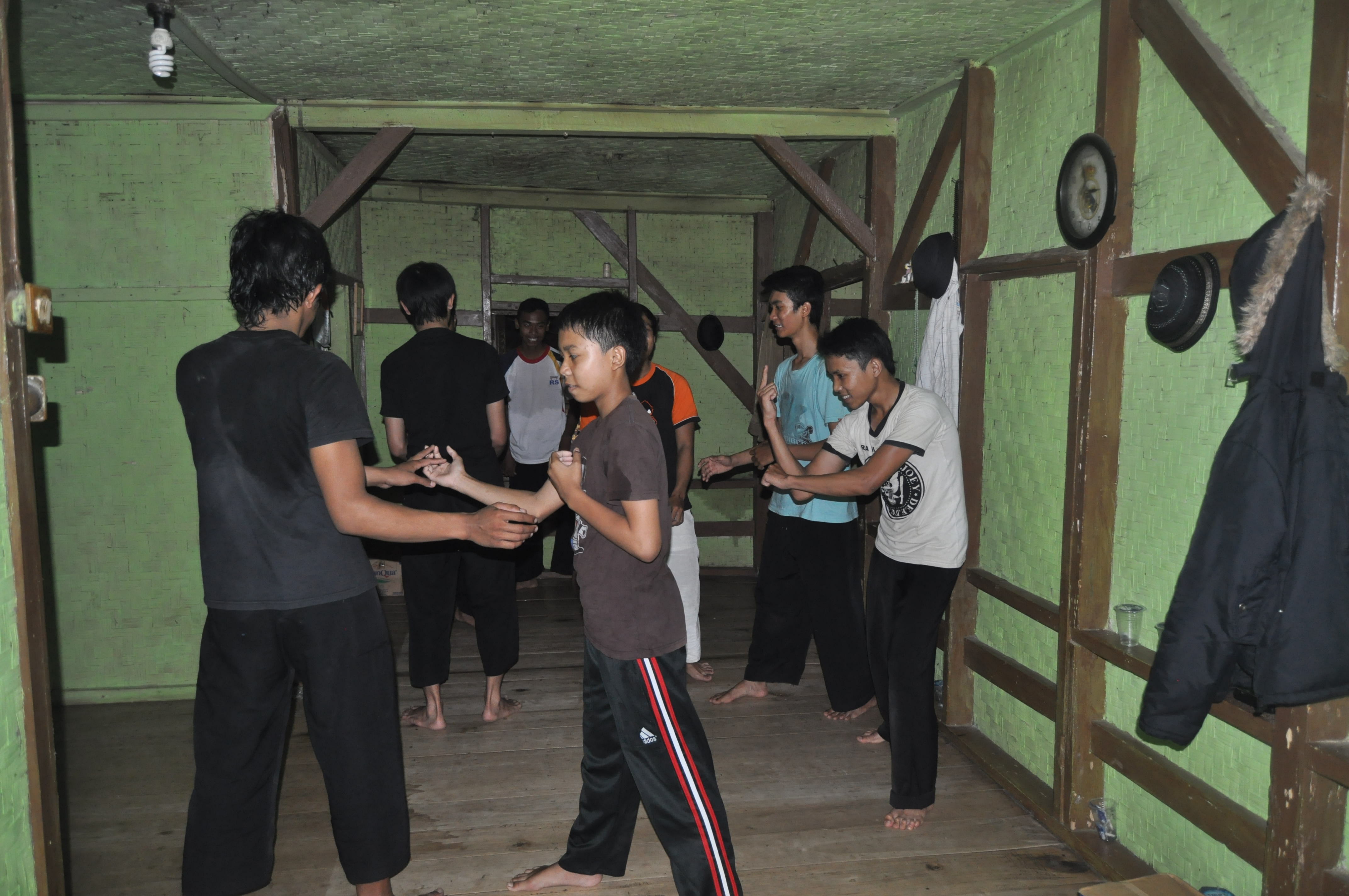 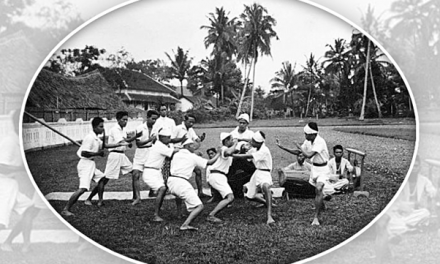 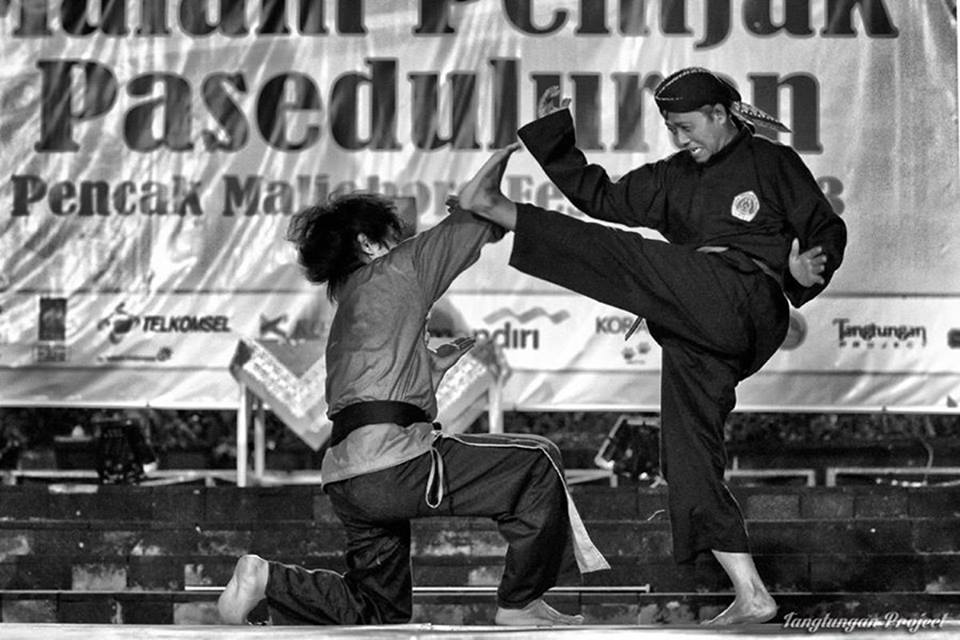 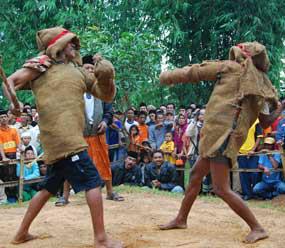