Mataram (Islamic) was a large kingdom in the Land of Java, a kingdom that had a great influence on the development of civilization and culture in several regions of the archipelago. The influence obtained during the glorious era of Mataram (Mataram Eksiganda), such as the influence of the Javanese language on the Sundanese Priangan, for example, or the traditions and cultural elements in several areas of Batavia en Ommelanden (Jakarta and its surroundings) which were born as a result of the spread of Islam or the Mataram incursion of the Dutch VOC in Batavia in 1618-1619.

However, of the many cultural elements left by the Mataram Kingdom in the past, its martial art of Pencak Silat is the only thing that hard to find. Even if it is there, it still causes debate among the practitioner, especially those who are involved in the world of the history of pencak silat because of the lack of data and historical records.

Based on some historical records, there is one Mataram Style Pencak from the  Mangkunegaran Sunanate lineage which has not yet been revealed clearly. By some of its practitioners in the past, this martial art of the Mangkunegaran lineage was commonly referred to as Pencak Solo or Pencak Bojonegaran.

This pencak silat system was created by Raden Mas Suryadi, the second king of the Surakarta Sunanate, titled Sampeyandalem Ingkang Sinuhun Kanjeng Susuhunan Pakubuwono III. Pakubuwono III was known to have mastered martial arts since a young age, which he learned from many pencak Pendekars, one of whom was a Chinese. In fact, he succeeded in recreating the Pencak Tumbak Watang system which was mastered by his predecessors of Mataram fighters, such as the Sergap Alas (Jungle Ambush) Techniques which Prince Diponegoro’s troops used and succeeded in ambushing and killing 21 troops of the Equestrian Brigade in Kaliprogo. Then from Pakubuwono III this pencak system was passed on to his grandson named Bandara Raden Mas (BRM) Sulama or Prince Surya Mataram or Prince Surya Mangkubumi or Prince Adipati Prangwadana, or better known as Kanjeng Gusti Pangeran Arya Adipati (KGPAA) Mangkunegara II, the second king from the Duchy of Praja Mangkunegaran.

Furthermore, Mangkunegara II passed the system down to K.R.M.T. Bojonegoro. In the hands of KRMT Bojonegoro, it experienced development in terms of techniques, kaidah (rules/principles) and moveset, given his extensive knowledge and repertoire in martial arts. In general, the characteristic and style of Pencak Solo or Pencak Bojonegaran which is a martial art legacy of Mataram of the Mangkunegaran lineage, among others, utilizes enemy’s own strength in every movement to incapacitate them, and other distinctive character is relying on sensitivity or Reflex Beweging in reading the opponent’s movements.

Until 1945 Pencak Solo or Pencak Bojonegaran continued to be preserved among the Bojonegaran family by some successors, including R. M. Ng. Tjondrohamidjojo, R.M. Ng. Atmokoemoro and R.M. Sindoeatmodjo, who spread this pencak silat system among the general public and other priyayi (nobles) in the Societeit Habiprodjo Building, Surakarta. Among his most famous students is Mr. K.R.M.T. Wongsonegoro, a national figure from Surakarta who became the founder and the first Chairman of IPSI at the declaration of IPSI in the city of Yogyakarta in 1948. 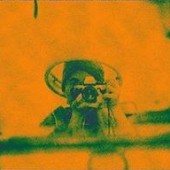 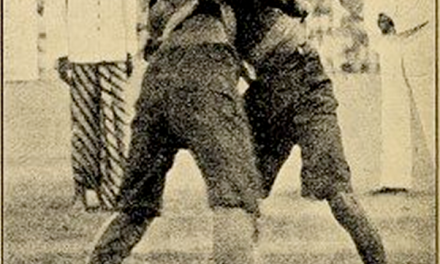 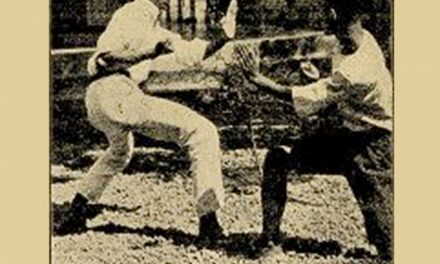